While the World Health Organization recommends immediate and uninterrupted skin-to-skin contact for mothers and their newborns (SSC) after birth and that SSC should be practiced at least the first hour after birth, in Uganda, only two percent of mothers practice SSC after birth.

To understand how to change hospital practices and the behavior of medical staff, an intervention package was put together and evaluated that included six steps:

Nine months following this intervention, additional focus-group interviews were conducted to explore the barriers to implementation that the professionals had experienced when practicing SSC and the reaction to the barriers. The first set of questions asked whether the DVD guided them in conducting SSC and what problems they anticipated to practice SSC while the second set focused on the experience of conducting SSC.

The study concluded that watching a DVD on practice advice about how to implement safe, uninterrupted SSC following birth and discussions with health professionals was applicable and accepted.

To read more about this research, click on the image below. 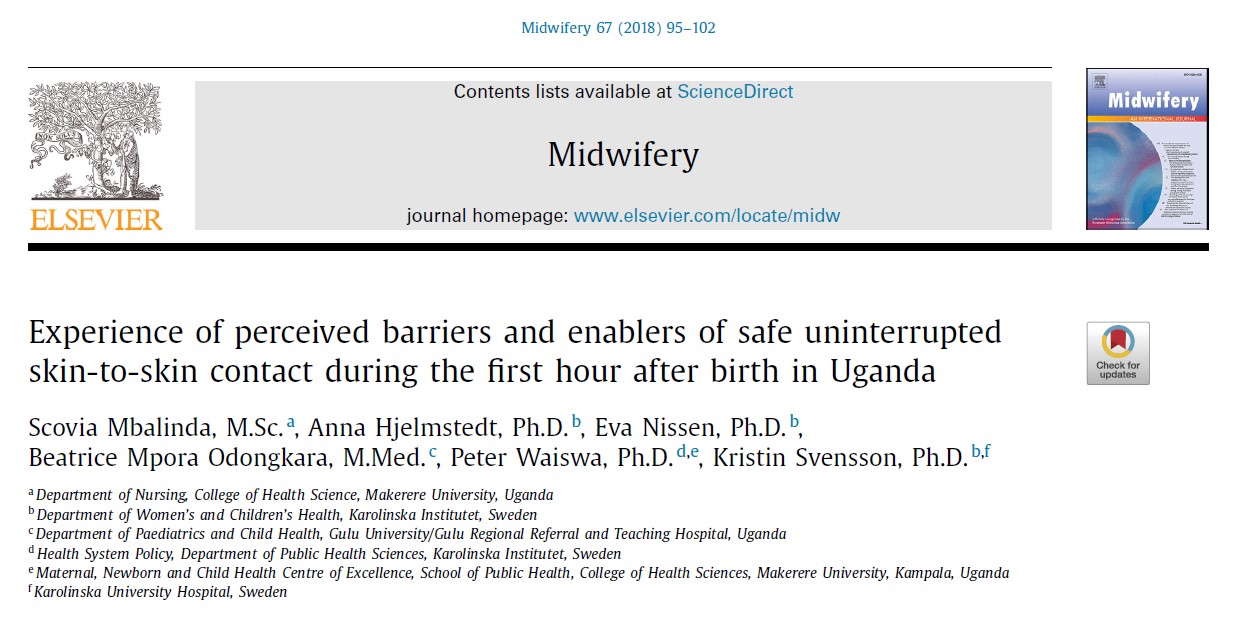