Does fentanyl exposure during labor predispose babies to recreational opioid drug addiction later in life? According to HCP faculty members Dr. Karin Cadwell and Dr. Kajsa Brimdyr, there is a convincing connection. And they share why on Science Trends, a global platform for scientists.

The site features research originally published in Medical Hypotheses, in which HCP studied whether later taste preferences are regulated by the fetus being exposed fentanyl as an obstetric analgesic. They concluded there is a convincing correlation through process similar to “imprinting,” where a memory becomes engraved during the hours before birth, leading to behavioral effects during adulthood.

Over 2.5 million Americans are estimated to be addicted to opioids (both prescription and heroin). With the use of epidurals in obstetrics increasing, and fentanyl the most commonly prescribed opioid incorporated into epidurals, understanding the plausible link toward fentanyl abuse is critical.

Read the story in Science Trends. 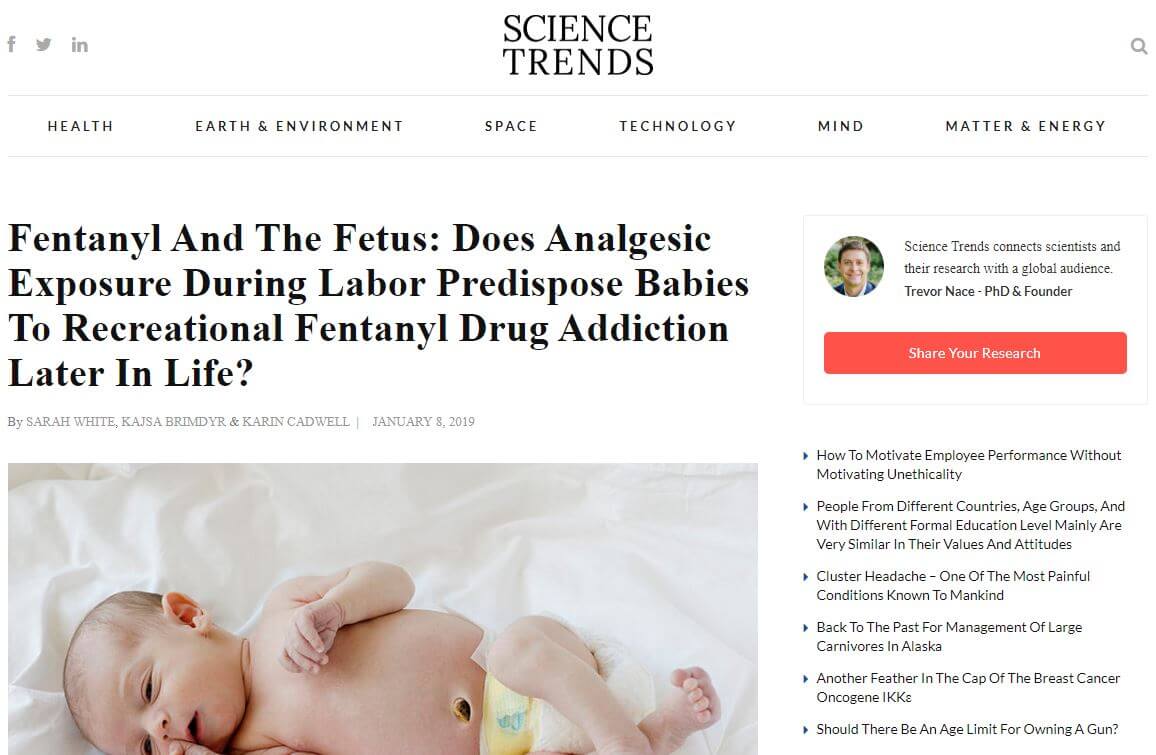